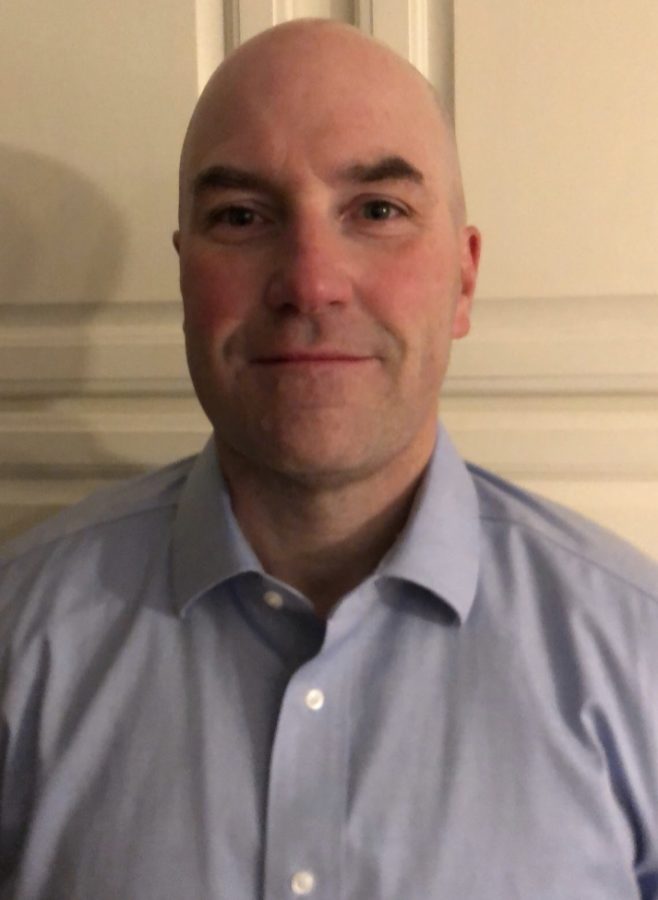 Coach John Richardson recently joined our Merion Mercy community as the new basketball coach. With the season now in full swing, he is demonstrating that his coaching is an asset to the basketball community.

Coach John has been coaching youth sports for the better part of the last 30 years. He has coached soccer and baseball, but his biggest love is coaching basketball. He started coaching the Boys Freshman and JV teams at his alma mater, Bishop McDevitt, while he was still in college at Saint Joseph’s University. He was also on the coaching staff for the girls at Archbishop Wood High School in the early to mid-1990s as they were one of the stronger programs in the Philadelphia Catholic League. Lately, he has been coaching youth teams in soccer and basketball in Havertown, PA, and most recently was the girls coach at Saint Colman-John Neumann in Brynn Mawr, PA. He has clearly done quite a bit of coaching in his professional career as a Human Resources Director and certified Executive Coach.

Coach John has a great philosophy of coaching that has already made huge impacts on all of the girls on Merion Mercy’s basketball team. A friend of his is one of the best high school Track & Cross Country coaches in the country and he has shared a quote with Coach John. “The most fun I ever had playing sports was when I saw myself improving.” Coach John constantly keeps that in mind and bases his coaching philosophy on the idea that every player in the program should improve and enjoy their experience. during his coaching career. He strongly believes in providing a “positive challenge”, meaning he challenges each player to improve by giving lots of feedback and staying positive. Regarding improvement, he likes to emphasize that little things make a difference and we should focus on getting better every day as individuals and as a team.

Coach John has witnessed and experienced firsthand the big impact a great teacher or coach can have on an individual. “I feel really lucky to spend time with the players in our program and help them improve and develop at an important time in their life. I also find it really rewarding to lead a team that is working towards a common goal.” (Coach John Richardson) The team has chosen the motto “Better Together” for this upcoming season and for him to be part of that is very rewarding.

Coach John has been thinking about getting back into coaching on the high school level for a couple of years before the opportunity arose at Merion Mercy became available this spring. He has always enjoyed coaching girls teams more than boys teams so that was a big positive from my end. Although new to this community, Coach John says he has been overwhelmed with all the positive feedback. He describes coaching here as a great opportunity for him to do something he loves and to work towards building a program of continued success at Merion Mercy. He constantly says the players have been great so far, and that he is looking forward to the challenge of developing the team.